This is Part II of our discussion of the Middle Class . Click here for Part I.

The most important class of any country is the middle class of that country. Here’s where history becomes very interesting. Did you know that most countries do not have a middle class? Well what classes of people DO they have? And what does this tell you about such countries?

Unfortunately, classes of people are usually made on the basis of the money they make and have acquired. This is not a very good system. But it has been used for decades. Most countries have a poor class and a rich class – the rich class, of course, is also the ruling class. There is very little in between.

What Kind of Country Has No Middle Class?

Why, every authoritarian country, be it socialist, communist, marxist, absolutist, or whatever. There is no middle class, only the poor. In such an arrangement, the rulers have little to fear regarding uprisings against the government elite – the high and lofty self-anointed ones!!  The poor class is pretty much reigned in by the ruling class. There is very little chance for advancement in money, prestige, or opportunity.

Anytime you are told of a country without a middle class, you should know immediately that you are dealing with some form of dictatorship. No exceptions.

I observe the USA to have 3 classes of people (financially). The poor, who could be subdivided perhaps, the middle class, and the rich and famous!

If I may speculate as to the earnings of the poor, I would say $20,000 per year in income, and for many, much less. The normally accepted earnings of the middle class would perhaps go up to $800,000 – pretty high for most in this range. Then the rich class would increase in earnings to the millions or more – from about the $800,000 range.

Which Class in the U.S.A. has the Largest Voting Bloc?

Which class garners the most votes cast?  You guessed it – the middle class.

Which class thinks they know more about running the country than the middle class? (The elite ruling class – of course!)

And where do many great ideas come from that benefit everyone – where but from the middle class?

Which class must be controlled at all costs by the country’s rulers (in our country currently, the socialists)?

Why, the middle class of the country must be controlled by the corrupt elites, NO DOUBT ABOUT IT!

A class of people that is severely and harshly ruled over, always has fewer freedoms. ALWAYS!!

Do you have more or less freedom than you did even a year ago? They don’t want you to realize they are targeting the middle class to move them to the poor class so they can clamp down even more on their unconstitutional power grab. Awake yet?

YET – the middle class has enough people to cause dictators some serious trouble – should they decide to stand together against the tyranny!  Let Freedom Ring!

If you are a citizen, and believe in the Constitution of the U.S. and in conservatism and common sense, you are a beloved citizen who can coach others and you can strengthen your country! 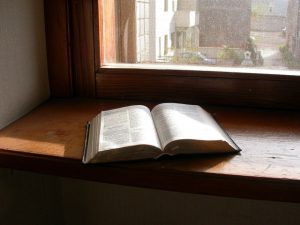 FAITH in God through Jesus Christ, and owning Jesus Christ as Lord and Savior is the first priority.

FAMILY is next. Honor the family. Protect the family. Revere the family as the backbone of your society, and the backbone of any society. I consider husband and wife to be a family. Surely children are welcome, and are both a delight and bring a solemn obligation to teach, coach and provide example.

Next is COUNTRY. Follow the Constitution. Be informed about your leaders, and elect those you have checked out and approved, and see that they perform as they were voted in to do.

You are no doubt wondering about the world as a whole. You are a citizen of the world because you are a human. The physical world should never come before FAITH, FAMILY AND COUNTRY. Your country’s leaders will take care of the world, by first taking care of the country they have vowed to protect.

If you see signs of election fraud, and decisions being made to undermine the Constitution and the freedoms God gave to us as citizens, go back to the first priority. Ask God what you can do to turn things around. Find like-minded people and do what you can,  and above all, pray.

Our actions (or lack of them) will determine the kind of  country and freedoms our children and grandchildren will inherit from us.