This blog post will refer specifically, to the middle class of the U.S.A.  Few other countries can even claim a middle class. This is how and why mankind has seen dictator after dictator in his or her country.

The Desires of the Middle Class

The middle class of America is a very broad and comprehensive group. They are also an understanding group, and sharp as well. It is by FAR the largest segment of the U.S. population.

Here are their needs and desires:

Part II of this topic will dive more into what and who the Middle Class is, and why they are essential to a country with a thriving economy and why, in the case of the U.S.A., they are the essential Guardians of Freedom.

Middle Class Part II: Who, What, Why?

We don’t hear the term “individual liberty” tossed around much these days, but this term is foundational to our country (as originally founded). If you are undecided or unsure about certain “goings on” in recent days, please read on. Perhaps you will see things in a different light by the end of your time here.

Firstly, let’s review. When the U.S.A was founded in 1776, the laws of the new country (called the Constitution) guaranteed individual liberty for each person. This was a new concept in government, and unheard of in the annuls of history.

Countries primarily operated with Kings, potentates, rulers or dictators who had absolute authority. In all of these cases, their “rulership” completely opposed the new laws that birthed the United States of America. We have leaders, but no king. We have lawmakers whose decisions are not absolute.

Born To Be Free

The power that lawmakers have (those elected with free and fair elections) come from our U.S citizens. Men and women in Congress are elected, not appointed by any king or overseer. (And, I might add, a few appointed leaders who assume authority are not any guarantee of correctness when it comes to their decision making.) These many offices are filled by people whom we elect (at least that is the way it was intended)! Free and fair elections are for the purpose of those in authority TRULY BEING ELECTED BY THE PEOPLE, not appointed by kings, and not cronies of the people at the top of the authority structure.

World leadership has often fallen to the U.S.A through the years. Why? Because our country and our leaders represent the best form of government that can be found. Our country has more freedom and more opportunities than any country in the world. The USA has been a world leader in times past because of the ability to “get things done” and not cave to the intimidation and threats of other rogue nations who want to control the rest of the world.

Other countries have looked up to us in the past, as a beacon of freedom. We have had world stature in many countries – people admire our accomplishments and strengths, as well as our freedoms.

You might be surprised to learn the number of other countries that have had U.S. troops residing there. Many smaller countries are threatened by rogue nations, and are easily threatened with domination by stronger empires. Until President Trump came along, the countries gladly accepting our troops were – for the most part – not paying a red cent for their protection from U.S soldiers.

Do We Realize What We Really Have?

I’m sorry to say that too many Americans do not realize the astounding benefits that our country offers them. Add to that, too many in the U.S.A have been duped by anti-American rhetoric and actions that are in process of cancelling this individual liberty that our forefathers fought for that we might enjoy. This is exactly why we have, and are now seeing all kinds of actions taken in the name of “good government,” which are wrong and deadly; actions that deny citizens their rights under the Constitution.

You must remember this: Without the Constitution and its guarantees (based on the freedoms given to us by God when He created the world), no citizen has any guarantee of anything. Without the Constitution, we would be like any other country – whose authoritarian leaders pick and choose which “benefits” to grant their slave-subjects. We see more and more in the last several months how our Constitution is being trampled on by socialistic and marxist ideas. Yes, these are dictatorial rule as well as kings, potentates and superiors! This is where we end up if we allow corrupt “rulers” to create “laws” and “mandates” at every turn, which bear no resemblance whatsoever to “government by the people and for the people.”

The Importance of Individual Liberty

We are told in our founding documents that citizens in the U.S. have certain unalienable rights. Among these rights, according to the Declaration of Independence are life, liberty and the pursuit of happiness.

If you can prove that any other nation has this system, please go right ahead. Now notice, the pursuit of happiness. It is called the pursuit because it cannot be guaranteed by any person or government. But it does show the great extent of the liberty we have.

How Individual Liberty Impacts Others

Individual liberty is guaranteed to each person, which makes the guarantee self-limiting – because each person has it rightfully. Under our system of government, you cannot infringe upon or negate the liberty of another as you are pursuing your own individual liberty. (Please keep in mind that this is the beauty of how we were founded as a nation – the trampling of freedoms we have seen recently – particularly of those who disagree with the mainstream narrative – is neither Constitutional nor lawful.) This is why it is imperative that we see the truth unveiled, and hold our government leaders accountable to “we the people.” 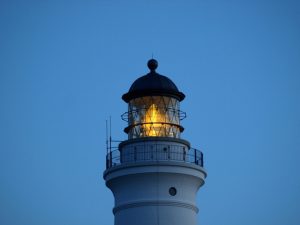 Individual Liberty – A Beacon of Hope to the World

Other Benefits of Individual Liberty

Think of a prisoner or jailed person for a moment. What are they not permitted to do? He/she not only cannot do many things physically, he or she is also unable to do many things legally as well.

Here’s where individual liberty shines brightly and shows its true colors.  Please note: If you don’t enjoy the benefits listed below, it could well be that others are attempting to steal your liberty from you. Bear this in mind as you read:

Opportunity is given – the chance to go anywhere, to work anywhere, to like something different from what others do, to climb the social and financial ladder and best of all, to supply to the person the dignity and the self-worth of positive accomplishment. Socialism, Marxism, dictatorship, etc. can NEVER accomplish this.

Our free market system is not appreciated by most people possibly because it doesn’t even register with many. Capitalism gives us freedom of choice in what we buy and in the services we receive. There is competition (in many sectors) that inspire better and more affordable goods and services. This system makes the world go ’round and propels U.S. citizens far above the people of some other dictatorial, “you don’t have a choice” societies. DON’T EVER FORGET THIS. It is the reason our country has historically been ahead of all others, and this system has created an enormous amount of wealth.

Let’s add this to the list of add-ons to individual liberty, the right to own something that cannot lawfully be denied. This would include ownership of homes, business buildings, land, etc.; all lift up individual liberty to where it belongs. In most countries, private property does not exist.

Privacy is the right – the special right to own something, some secret, some history, something of value, that government cannot lawfully change. Government was not founded to pry into your personal affairs. Government must respect what is personally yours.

A well-known man’s personal privacy is being violated today by the Biden administration, by illegally and unlawfully breaking into a citizen’s private property without just cause. This is inexcusable conduct by government.

I sincerely hope that the actors and instigators pay very dearly for this breach of individual liberty.

We will continue to explore, in Part II, what consequences we will pay as a nation and people for allowing a loss of individual liberties.