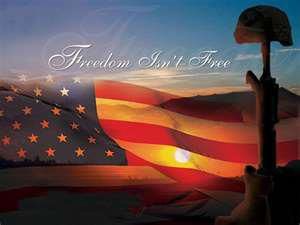 Back to the Basics in my mind is the same as Back to Common Sense.

Allow me to illustrate.

I am really quite sick of hearing the left-wingers, the Socialists (and worse) of accusing the Republican Party of never being willing to compromise with them in the Senate and in the House of Representatives.

This is what needs to happen in the United States of America. Individuals and especially voters need to consider the two great political parties and the prevailing views of these parties as secondary to the individual views of all public office holders, including primarily the Senators and Representatives, both federal and state. The political parties will have their proper role in getting legislation passed, according to the prevailing views and ideas of individual senators and congressmen (and women). In these days, there is entirely too much to do with the views of each party and not enough to do with the individual views of the office holder.

Senators, Representatives and Presidents need to be selected on the basis of their own political, social, patriotic and spiritual beliefs rather than personal persona and political party. If this is done, even partially, you will see a great difference in the way our country is run, and in the meeting of the needs of all citizens of the U.S.A., whether of voting age or not.

NO ONE IN THIS LIFE ON EARTH, NO ONE OR NO GROUP OR ORGANIZATION can get by and accomplish anything good on earth without some rules. Liberals delight in having as few rules as possible, and their rules have to establish and continue their way of life. The rules they hate are any rules that subtract from their authority and/or restrict their control over the lives of others.

It is an awesome responsibility to govern a country. You cannot be fair and have a double standard, that is—one set of rules for those who govern, and a much more harsh set of rules for everyone else.

Now let’s go further. What should our governing rules be? Why, The Constitution of the United States of America – the rules that made this nation the greatest on earth – “the shining city on a hill” – yes, the greatest land of opportunity by far than any other nation on earth.
Why don’t we have this now? What has slowly happened to create joblessness, fewer jobs, fewer decent jobs, huge increase in the size of our government, huge government deficits, with interest payments on borrowed money at a scandalously high level? What has happened to the trust we, as a people, used to have, most of the time, in our elected officials?

Why have we allowed the opinions of some to nullify the religious rights of other people, and claim unfairness and tragedy if Christian beliefs, symbols and customs are allowed to express not only Christian beliefs, but traditional American values – values that have been part of the American heritage for years and years.

The answer is very simple, folks. We have two political parties in the U.S.A. who have completely opposite views of politics and religion.

The Republican Party, in general, believes in the sanctity of human life, freedom of religion, the sanctity of traditional marriage (one man and one woman), limited government, responsible government, balanced budgets, reductions in federal spending and handouts, the elimination of unelected officials, as is being carried out today (unelected officials: people with no names and no faces, running our lives). The Republican Party, in general, believes in a government and in government officials who are honest, who don’t lie, and don’t cover up the truth about what happens under their direction.

Now let’s look at the present Democratic Party. In general, democrats believe in abortion on demand, homosexuality and lesbianism, and other perversions of human relations. They definitely believe in larger and more intrusive government – at the top. They believe in unlimited federal spending for Socialistic causes, a weaker military force, and as little government accountability as it is possible to have, and dishonesty in high places.

Now I’m sure, not all democrats, perhaps, want this, but the few who don’t are swimming upstream against the current of the vast majority of their party.

Also we are seeing, in too many instances, the view that it is o.k. to bash Christianity and its beliefs, yet also o.k. for every other system of religion to have its say without compromise. Every other view of spirituality and religion will be upheld by the liberals, but the Christian viewpoint is not being protected.

–NOW, PLEASE GET THIS POINT–

Look at the situation our country is in today, and explain to me, what the liberal, left-wing position of government has done to what used to be the greatest nation on earth.

We are in the job situation we are in because we have a bunch in power who want NO RULES OF CONDUCT,NO ACCOUNTABILITY of GOVERNMENT, and the right to deny God and His influence in our lives, and absolute authority at the top.

I’m not saying that one party is to blame for all of this, but I’m saying, that every if you, the voter, the citizen, don’t care much for any rules of life or government, why is it that we find such a governmental mess, as now? When you have no rules, this is what you get!!
Further than this, the policies of our present government, since 2008, has been to turn our country from a Republic (technically, a Democracy in a Republic) into a Socialistic, semi-Communistic state, appearing very much like those governments our Founding Fathers fled from years ago, when our great country was established.

Does this make any sense to you? If it doesn’t, Dear Friend, YOU are part of the problem, and certainly not part of the solution.

Now, let’s deal with what has been said earlier. A compromise in the House and Senate amounts to a surrender to a Socialistic and irresponsible type of government, that heretofore we have not known. This is why one party doesn’t want to compromise with the liberals and left-wingers – it isn’t a question of a little better way of doing things – it is a question of denying the rules (The Constitution), the great structure that has contributed to every success we have had as a nation.

NO ONE I know of has ever found true success (without hurting others), if they have ignored or denied the basic rules that have made us what we are. We are aware of the hurt of joblessness, of lack of protection for some of our citizens, of lies and cover-ups. It does not matter which party is in power, which party has violated the basic core beliefs of a true republic – this must end or we will have no country to enjoy, for safety, for accomplishment, for pride, for justice, for fairness.

It is inherently wrong to take from one person and give to another, regardless of “The Greater Good” speeches I have heard. Socialism has been a disaster everywhere it has been practiced. There are no exceptions. When you destroy incentive, you attempt to make everyone alike. This kills a person and a nation.

Everyone who compromises with what is wrong is guilty of being wrong. If we still value a decent country, we cannot compromise with wrong, lest we become part of the wrong.

Each citizen, whether of voting age or not, needs to be part of the solution to our problems, not part of the problems.
Those who preach compromise at any cost are guilty of destroying part of the basics of the best country on earth. There can be NO COMPROMISE with evil, with wrong, with our country’s precious beliefs.

Just look at what is happening in our country – just for a quiet moment, realize that whoever is in charge of our government must mind rules that work, that create jobs, and opportunity, and fairness and dignity.

Our spend-thrift leaders have all but bankrupted our country, even now. When is our government going to live under the same financial rules as a household has to? Think about it – don’t let political parties cloud your vision. The only real question for a candidate for office is: WHAT DO YOU BELIEVE?

It would be a big help to many voters if the two great political parties became (ALL) CONSERVATIVE and (ALL) LIBERAL. We would ALL, then, at least know what we have.

Conservatism is and always will be the course of common sense. Liberalism will always be, in general, anti-religious, power-hungry, less than honest, and by their beliefs, destructive to decent government, to individual liberty and opportunity, and to common sense.

Citizen – Take your choice!! What kind of country and what kind of life will you have??