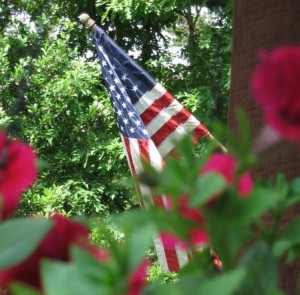 Big government results in the loss of many of your freedoms, as well as the freedoms of others. It creates job paralysis, a crippled middle class (the backbone of America) and puts many people from the middle class into the poorer class – and creates higher taxes. Also, it puts you under the rule of un-elected bureaucrats (who care only for their own agenda, not for your welfare), and under rules that crush you rather than rules that give you opportunity.

It is not part of our Constitution that the U.S.A. must be the world’s “policeman”; and, indeed, we could not be, even with our seemingly unlimited resources. If we tried to do this in any depth at all, then all the lives and wealth of our citizens would be consumed and we would be at war forever with the wealth of each citizen allocated and spent–no matter how much or how little.

But it IS in our Constitution, that the duty of the federal government is to protect our citizens. This could mean action abroad against enemies who could harm us in the future. In fact, we have already been through that in World Wars I and II, in many other conflicts and in many other countries, including Arab countries. A wise federal government will have to decide what constitutes a future threat to our citizens and what does not.

Now, what does all this come down to? What is the point of it all? Simply this: unless you have elected people in government who are dedicated to OUR LAWS AS WRITTEN IN OUR CONSTITUTION, you will never have the results that a free people are entitled to. You will never have law and order – which brings personal peace and far-reaching opportunity for ALL, if they will accept the chances given to them with the blessing and the promotion of our government. Government does not need to subsidize businesses, but government does need to embrace and preserve the freedoms which its citizens are entitled to—not only under the law, but further than that, to give its people the right to pursue their dreams. The government has no right nor authority to trash the dreams of one group in order to give advantage to another group of people.

Now the problem that this brings to light is this: how many or what percent of big government thinkers and/or lawmakers can be persuaded to become adherents to our Constitution and Rule of Law, which includes Common Sense?

My personal opinion is, not many. Perhaps if after the Rule of Law has been in effect for several years, some might see the wisdom in allowing businesses to flourish and business dreams and personal accomplishments to be the norm. Why am I [SO SKEPTICAL]? Because converting anyone from our government philosophy to a vastly different one is quite uncertain. The Apostle Paul was changed from a bruising, punishing legalist—in his time—to a compassionate and dedicated follower of Jesus Christ. Ronald Reagan was once a follower of The New Deal, the start of liberalism in this country. Where would we be now without his conversion and dynamic example?

It seems then that the only way to get people into governmental power, who are dedicated to a FREE economy, millions of jobs, great financial prosperity and fulfillment of the dreams of many, is to elect only people with this mindset and determination and to allow the political party that is dedicated to the FREE MARKET SYSTEM and to results that give our people freedom and dignity to TAKE OVER. And THEN BE EVER VIGILANTabout: government secrecy, lies, cover-ups, and any activity by government to promote any ideas that trash The Constitution, The Rule of Law, or any open opportunities that we are all entitled to. Then, I do believe that we will be on our way to the kind of life and the type of country that our Founding Fathers dreamed about.

There is an old saying: “Without a vision the people perish!” And I might add: “Without a fulfilled vision, we have failed!”

We have college students who graduate with specific degrees, in vocations that are common, who end up working for Wendy’s or McDonald’s because there are no jobs for them.

The important thing is what we DO, not necessarily what we title it. Do we want jobs? Do we want fulfilled dreams? Do we want opportunities? Do we want safety? Do we want honesty in government? Do we want pride in our government? If we do, we have to elect people with pride in the right things. Do we want religious freedom in this country? We don’t have it now. Christians, Jews and Catholics are being targeted. The I.R.S. is targeting legitimate businesses or would-be businesses.

It’s the same old story, Folks. It will never end until it is discredited completely. In a FREE COUNTRY, we MUST have equality of opportunity. We cannot afford equality of results. It is not up to government to decide if a prospective business will succeed or fail. The I.R.S. is trying to do that even as we speak…