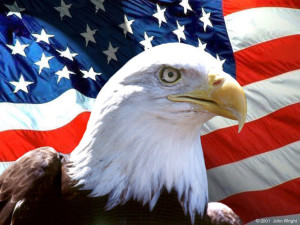 It is high time that everyone with a vote and everyone who is an American knows completely about the differences in the size of government.

There is entirely too much talk in our culture today about how to solve problems with our economy, etc., without realizing the things we have done with our economy that do not work. BIG government is to blame, and those who promote it.

It may surprise some people to realize that the shackles upon our economy that are in place today are the reasons that we do not have good jobs and sufficient jobs, and yes, creative jobs. It was never as bad as it is now—that uncertainties that plague job creators plays the uncertainties about healthcare (Obamacare) have combined to put job creation on hold.

Sure, a few states have figured out some ways to create jobs, but that is limited, and nationally we are doing horribly in job creation, in good job opportunities for all, because we don’t know what the problems are—in many cases—then our country’s leaders do not have the guts to eliminate bad policies, and allow the principles available to us to life us up—pretty swiftly, I believe.

Why can’t we allow free markets and good legal competition to create for the citizens of the U.S.A. the very conditions and results that would lift up all of us? Simply because these measures would reduce the size of government.

Certainly there are many misguided people who would cringe at the thought of a smaller federal government. And worse than this, many want bigger and bigger government, so that they can have more and more power over the working man and woman from the middle class of America.

An unfavorable system of regulations on business, unfavorable taxing on job creators, and the most punitive healthcare system on earth have all contributed to a recession here in the U.S.A., and a non-recovery from such a recession.

These conditions in our economy here in the U.S., if changed, would very quickly help every citizen, in providing good jobs and intriguing working conditions. In addition, the ceaseless worry about jobs and about financial security would be lifted. Long-awaited dreams of a better life would begin to be fulfilled. The very poor would be lifted up at least 3 to 4 rungs on the ladder to financial success.

Now—imagine if you can—the sudden removal of conditions associated with low job growth. Imagine, if you can, what jobs could be available during and after we gain energy independence from the Arab countries and others who sell energy products to us. Imagine, if you can, that thousands of jobs would be created with the Canadian pipeline coming through our states.

Now—imagine, if you can—what measure of security all citizens would have if our borders were secure from drug dealers, arms dealers, criminals from other countries, terrorists of whatever persuasion, and a veritable flood of unknown persons flowing across our porous southern borders into our country, people for our legal citizens to deal with, help and pay for, and for how long?

How many people realize that ALL of these issues are BIG GOVERNMENT issues? Oh, you say that can’t be. BUT IT IS!! The prevailing philosophy of one of our political parties keeps good things and good events from becoming reality. The bigger the government, the more dependence there will be among our citizens, the higher the taxes will be to support people who can’t find work.

Why, oh why, can’t people see that doing the opposite from the things that do NOT work — WILL WORK to achieve what we want?—good jobs, less dependence, dignity and opportunity for all who will follow this change!

We cannot have true dignity and true freedom without having true safety of our person. Failure to follow our laws keeps local police too busy and at risk. What does it do to the people patrolling our borders? Does it make their lives safer?

While we must be about more jobs, better jobs, better-paying jobs, more dignified jobs—it’s time we all took an honest look at the size and cost of BIG government—and see the connection. SMALLER government has ALWAYS been the ticket to MORE human rights AND freedoms. It’s time for SMALLER GOVERNMENT, NOW!!

Thinking once again about sticking with what works in life—I am reminded of an honest, hard-working dad who gave his growing-up daughter some down-home advice: “Dance with the guy who brung you!”